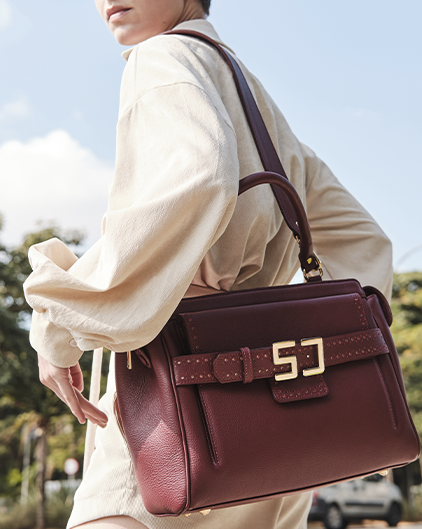 Sarah Chofakian is a Brazilian designer who creates handmade leather shoes and accessories for women. As an autodidact designer and fascinated by the art of creating shoes, Sarah decided to open her own business by launching the brand that bears her name in 1997, opening her first store in Alameda Lorena (São Paulo, Brazil). A psychoanalyst by training, Sarah specialized in the Biblioteca Freudiana Brasileira (Brazilian Freudian Library) and worked for five years.

With Armenian heritage Sarah always had a close look at business, but never left aside the taste for art (a characteristic inherited from her mother a plastic artist at the time). That is revealed in authorial and unexpected creations.

Willing to explore the innumerable possibilities of shoemaking art and inspired by the fascination and attitude each shoe reflects in women; Sarah has transformed the craft into passion. Today, with 20 years of experience and four own stores in São Paulo, Brazil, she personally commands the creation of 200 styles a year, with an artisan process where small and precious details make all the difference.

"My vision in high-end fashion is to create authentic shoes for the modern woman who lives in a dynamic world and seeks comfort, practicality and style. Shoes conceived with passion and hand-crafted with care”. - Sarah Chofakian 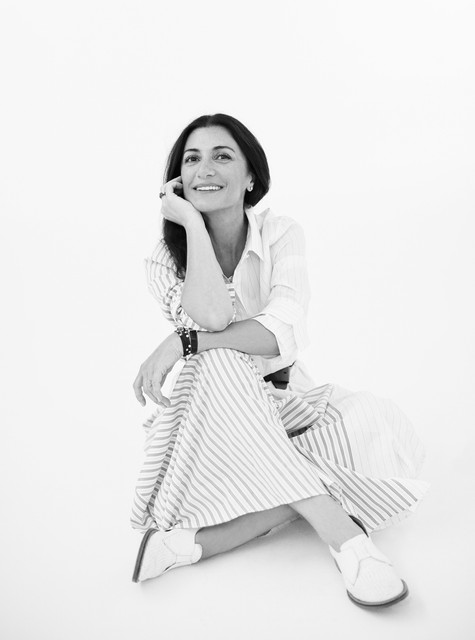 Each Sarah Chofakian shoe is a unique piece, hand-crafted, using the minimum machinery.

Throughout her 20-year career, Sarah as founder and creative director improved a creative authoring technique, starting from development the upscale forms that ensure comfort and the aesthetic that became her DNA.

From the forms, the designs come true - over them the shoes are molded and sculpted step by step, until the final, where Sarah wears each style personally. The entire production is made by local shoemakers who grew up along with the brand, and today, in the second generation of artisans, they develop Sarah Chofakian products exclusively.

Respecting a century-old technique, cuts are made manually and specific instruments have been customized to meet the new demands.

As a result of this process are exclusive shoes and collections that follow a standard of excellence and care in every process, from their creation up to the new stage of their journeys at the feet of the customers, who recognize each Sarah Chofakian shoe as an artwork.

The patterns, colors and design of the shoes caused frisson in the market. Brazilian woman customers saw only quality in imported products and brands of international reference. With the arrival of Sarah Chofakian they found a premium product, which joins national roots with the best available raw materials

one of the classics of the brand

2004 - Creation of the “Sarah” style, with the collection Sarah Jessica Parker and opening of the Shopping Iguatemi and Shopping Pátio Higienópolis stores. (Brazil)

Participation in the Who's Next Porte fair, Versailles, Paris

2007 - First attending of the brand in the international fair Micam, in Milan.

Attending of the brand at the Première Classe Jardin des Tuileries, Paris

2009 - Martin Scorsese, the first shoe with rubber sole of the brand,

was published at Italian Vogue Accessories. First sale to Asia for Harvey Nichols in Hong Kong

launching the first collection “Abstrato” (Abstract). Sarah won an award from the Brazil-France Chamber of Commerce, as a micro-entrepreneur of the year.

2012 - Launch of Sarah Chofakian online store. Celebration of Fifteen years of the brand.

Opening of the store in JK Mall, Brazil, with the Campana brothers partnership

when Sarah developed a special model to be sold internationally by Repetto stores.

2015 – Creation of the Studio Chofakian.

2015 – Launch of the Sarah Chofakian collection for C&A,

record of sales in a week.

2017 – Twenty years celebration of the brand

Creative laboratory of the brand at Lisboa Street, in São Paulo. Brazil.